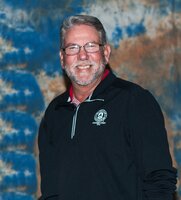 Robert “Bob” John Koenigkramer, 64, passed away Friday, September 17, 2021.  Bob, rich with family and friends, is survived by his wife, Brenda; his daughter, Tiffany Vause, and her husband Tim; his daughter Katelin and her husband Cody Rutland; his granddaughters Faith and Kara Vause; his mother Lill Koenigkramer; his sisters and brothers-in-law Cathy and Ted Boemanns; Barbara and Connie Lance; and Margie and Rami Emadi, with many nephews, nieces, great-nephews and great-nieces; along with beloved friends, co-workers and golf buddies.

Born in Cincinnati, Ohio, Bob grew up in an Air Force family and entered into the Air Force in June 1977.  He had a 30-year decorated military career, retiring as the Command Chief  Master Sergeant for the 46th Test Wing, Eglin Air Force Base, FL. As the Command Chief, he served as the principal enlisted advisor to the wing commander. After his military service, he spent 14 years as a civil servant at Eglin.  At the time of his death, he was serving as the Chief of the Commander’s Action Group for the 96th Test Wing, a position he thoroughly enjoyed.

He was very active in his community.  Bob was a former Parish Council member at Holy Name of Jesus Catholic Church and he was a Fourth Degree Knight with the Knights of Columbus. He also previously served as a board member for the Air Force Enlisted Village and he donated to charities that impacted young Airmen.

When Bob (BK) wasn’t working or spending time with family, he could be found on the golf course. An avid golfer, he was an MGA member and never met a stranger on the links and often started each hole with, “Hit me a good one partner.” BK demonstrated good sportsmanship and a sense of fairness and honesty on and off the golf course. Bob always enjoyed playing in golf tournaments with his Golf Brothers and made life-long friends while winning tournaments all throughout the Southeast.

Bob was a huge sports fan and loved the Georgia Bulldogs. He always enjoyed watching his Bulldogs on fall afternoons. When Bob would visit his friends in Warner Robins, GA his guest room was decorated in a pure Georgia Bulldog Football Theme.

Family was everything to Bob. After golf, you would find him making time for his “girls.” He often could be found playing with his granddaughters in the pool, preparing steak and baked potatoes for his daughters or taking his wife to dinner and a movie. He never let anyone leave without reminding them how much he loved them, often sending them off with a “Love Ya, Mean It.” He was a devoted husband, a beloved father, and caring, kind and goofy grandfather who will be deeply missed by those who loved him.

In lieu of flowers, the family asks that you consider making donations to the Air Force Enlisted Village, the Wounded Warriors Project, the Holy Name of Jesus Catholic Church Building Fund or the charity of your choice in memory of Bob.