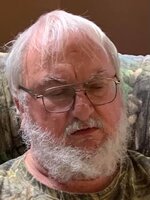 Warner Robins, Georgia – David Thomas, 63, went home to be with his Lord and Savior on Sunday, October 3, 2021 with his beloved family at his bedside. A Memorial Gathering with family and friends will be held Thursday, October 7, 2021 from 4:00PM to 6:00PM at Heritage Memorial Funeral Home. The friends can reach the family at Kathy and James Earns house, 405 Smithville Church Rd. Warner Robins, GA 31088.

David was born on June 1, 1958 to the late Rose Edwina Culpepper Thomas and George Thomas. David was a simple man who loved the outdoors and the serenity it brought to him. In David’s free time he could often times be found in his garden. David was an avid outdoorsman who loved to be in the woods hunting for big game or on a body of water fishing. He was a member of the North Taylor Hunting club where he had made countless memories and shared many laughs with fellow members.

David also had a true passion for rabbits in fact he was heavily involved with English Lop Rabbits. He was a proud member of the American Rabbit Breeders Association as well as the Southern Pride Rabbit Club, Georgia State Rabbit and Cavy Association where he was also president for a numerous of years. He was inducted into the 2018 Hall of Fame with Lop Rabbit Club of America. David was very intrigued in passing on his knowledge for rabbits to the younger generations, which lead him to preside over the Georgia National Fair Rabbit exhibit.

It is with great honor Heritage Memorial Funeral Home has been entrusted with Mr. David Thomas’ arrangements.