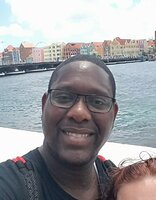 Warner Robins, Georgia-Brett Allen Glover, 38, passed away on Saturday, March 26, 2022. A funeral service is scheduled for Saturday, April 2, 11:00AM in the chapel of Heritage Memorial Funeral Home & Crematory. A visitation is scheduled for family and friends Friday, April 1 from 5:00pm until 7:00pm at the funeral home. Brett will be laid to rest near his wife, Andrea Glover in the Mausoleum at Magnolia Park Cemetery. Rev. Scott Davidson will officiate.

Brett was born August 10, 1983 in Warner Robins, Georgia to Charlie F. Glover, Sr. and the late Linda Diane Glover. He worked as an Inventory Specialist for Kooler Ice in Byron, Georgia. Brett was a culinary artist and loved to travel to places like Curacao, Mexico; Jamaica; and the Cayman Islands. He had hoped to one day travel to Greece. Brett was an avid University of Georgia Bulldogs football fan and possessed an extensive collection of UGA paraphernalia. He was a loving father, son, brother, uncle, and friend and he will be missed by everyone who knew him.