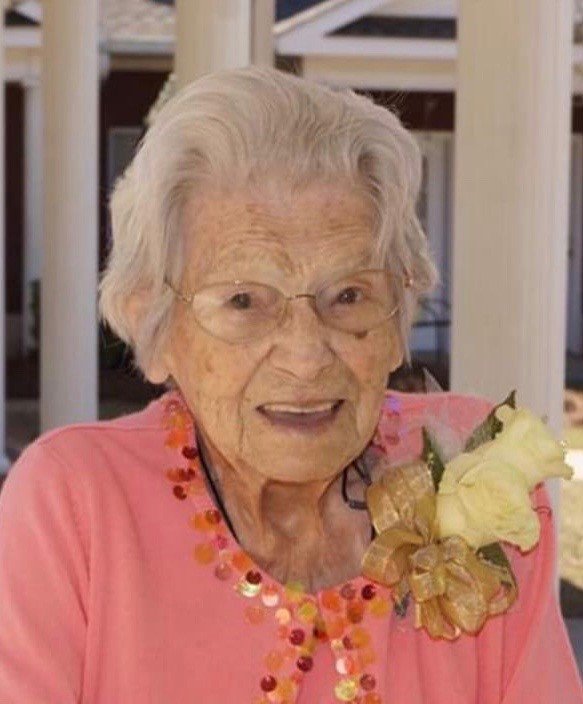 Esther Vann Spillers, 103, passed away Monday, March 9, 2020. Funeral service is scheduled for Friday, March 13, 11:00AM in Heritage Memorial Funeral Home Chapel. Visitation will be one hour before the service from 10:00 to 11:00AM. Burial will be a private ceremony at 3:00PM in the Southview Cemetery in Thomaston, Georgia. The Reverend Don Feezor will officiate.
Esther was born February 27, 1917 to the late Roy and the late Cora Vann in Butler, Georgia. She retired with the Martha Mills Corporation after 30 years in 1980. Esther was a member of the First Baptist Church in Centerville. She attended Sunday School and was a member of the Senior Citizens Club. She was a loving mother, grandmother, and sister and will be missed by all who knew her. Esther was preceded in death by her husband, Herman Spillers and son, Wayne Spillers.
Esther is survived by her son, Melvin Spillers (Mary) of Byron; four grandchildren; nine great grandchildren; and several great great grandchildren; and a sister, Nell Peterman of Warner Robins.
Please go online and sign the guest book at www.heritagemfh.com.
Heritage Memorial Funeral Home & Crematory is in charge of the arrangements.

Share Your Memory of
Esther
Upload Your Memory View All Memories
Be the first to upload a memory!
Share A Memory
Plant a Tree