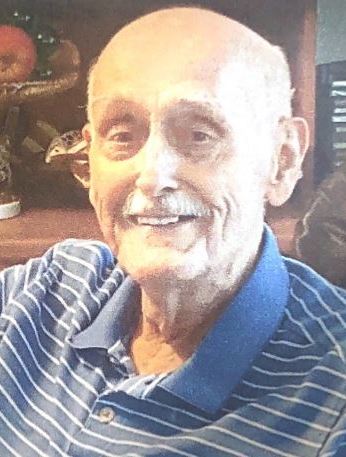 Marvin F. Bessinger, proud retired United States Air Force Veteran and civil servant with a total of 42 years of service, passed peacefully at his home with his loved ones by his side at the age of 87 years young. Marvin was born August 14, 1933 in Orangeburg, South Carolina to the late Verna Lee and John Bessinger. Their family of seven settled in Elberton, Georgia (Granite Capital of the world) where Marvin learned his work ethic after having to help support the family due to the early passing of his father in 1948.

In 1953, Marvin enlisted in the United States Air Force. After basic training, he was assigned to Misawa Air Base, in Japan, where he met the love of his life, Aiko Watanabe. Together, for 54 years (until Aiko’s passing in 2012), Marvin and Aiko raised and guided their three children, Alvin Bessinger (Paula), Hurst TX; David Bessinger (Debbie), Benbrook TX; and Paula Dickinson (John), Warner Robins GA.

Marvin was an electronics technician by trade but was one of those dads who could fix / repair anything in the household! No problem was too big or too small to be done correctly. Dad’s advice was invaluable to all of us growing up and for that we will be forever grateful!

Marvin is survived by his aforementioned family as well as his sister, Betty Sue Rucker, Ozark, MO, former daughter-in-law, Colleen Hanson Bessinger, many nieces and nephews, and very special friends who were a big part of his life, including Maria. He was preceded in death by his parents, his wife, and his siblings; Sydney (Buck) Bessinger, Mary Frances Durham, and Furman Bessinger.

Due to Covid, the immediate family has decided not to have a service at this time, however the friends may come Thursday 9:00 am to 5:00 pm to pay their respects to Marvin.  In lieu of flowers, the family would like to request donations be made in Marvin’s memory to your local food bank or favorite charity.

Please go to www.heritagememoriafuneralhome.com to sign the online guestbook and to leave a condolence for the family.

It is with great honor, Heritage Memorial Funeral Home has been entrusted with Mr. Marvin Bessinger arrangements.

To plant a tree in memory of Marvin Bessinger, please visit Tribute Store

Share Your Memory of
Marvin
Upload Your Memory View All Memories
Be the first to upload a memory!
Share A Memory
Plant a Tree