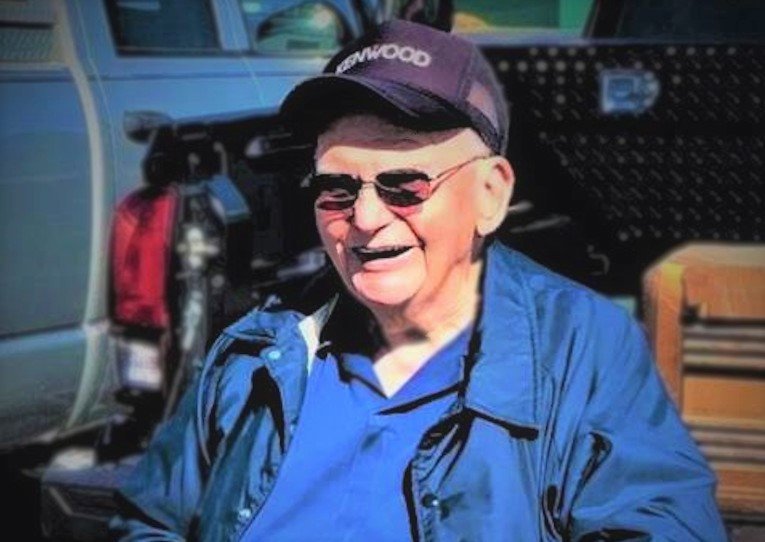 He was born on April 3, 1934 to the late Helen Geary and Frank Hough. He is survived by his daughter Sylvia (Bobby), grandchildren Shannon (Leslie), Kasey, Chris, Amanda (Rodney), and Josh (Christy), several great grandchildren, his cousin Joe (Jeri), and many close friends. He is preceded in death by his wife Frances, children Steve, Mickey, and Dot, grandmother Robinson, grandson Jamie, brother Roy, and step-father Chuck.

Frank supported his family with numerous jobs over the years. Alongside general electronics repair, he worked as a radio technician for the City of Macon and an engineer with broadcast stations like WBML. He also owned Bloomfield Communications Company, a service for communications maintenance.

His technician talents were put to great use with the State of Georgia Department of Administrative Services. He helped with the installation and repair of communications equipment for agencies like the DNR, DOC, GBI, GFC, and GSP, and he played a vital role in establishing the State Wide Paging System. He retired in 1996 as the Paging Transmitter Engineer.

Frank’s primary passion in life beyond family was HAM radio. He was a devoted operator and advocate for the hobby. He was always ready and willing to help others learn the ropes and jump into the fray with his expertise.

It’s difficult to sum up Frank’s life in only a few paragraphs, but there's no denying the impact and impression he made. Whether you knew him as Daddy, Boompa, K4ICT, Uncle, Cuz, or Mister Frank, there was a lot of love for him on this Earth. The majority of his friendships were lifelong engagements, and you can bet your last dollar his loved ones will cherish him forever.

In lieu of flowers, donations may be made to the Amateur Radio Relay League at http://www.arrl.org/memorial-gifts. A small, private gathering will be held in remembrance.