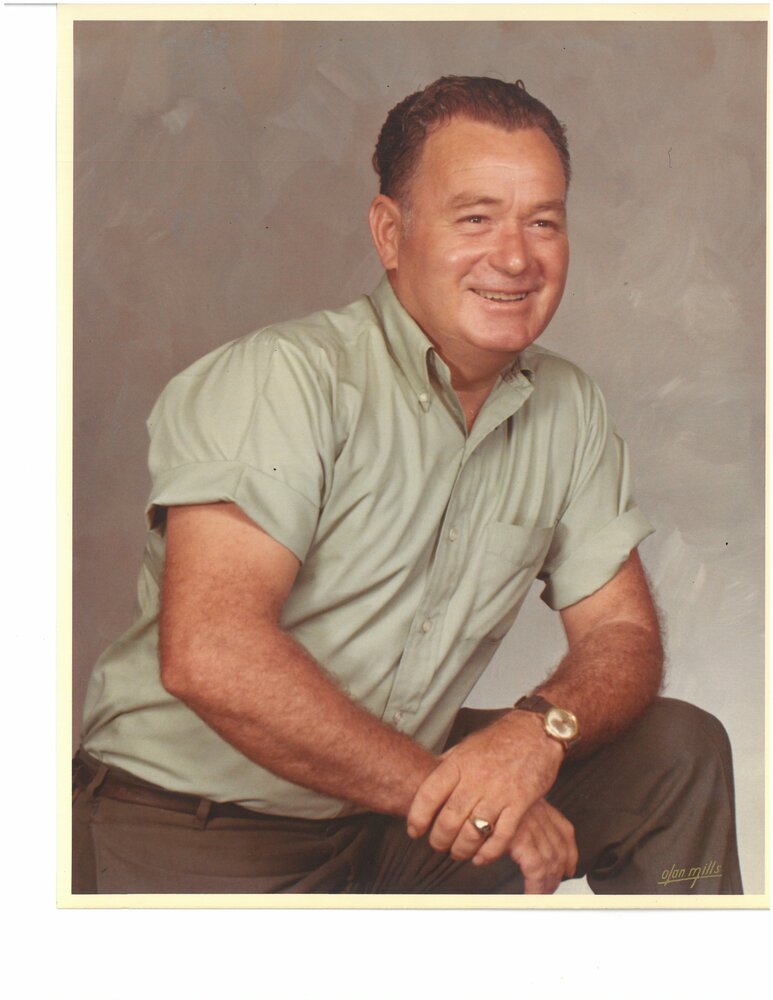 Julius was born on March 9, 1926 in Groveland, Georgia to the late Annie May Edge and David Neidum Alford. Julius proudly served his country in the United States Army. During his tenure in the Army he served in World War II and was taken as a Prisoner of War in Germany. Upon his discharge, he continued to serve his country as a civilian at Robins Air Force Base where he worked in the industrial waste plant.

When Julius was not working he could often times be found going around the local community hunting for broken down lawn mowers. Julius would take the broken lawn mowers and repair them to a reliable working state and then sell them in one of his famous yard sales. He was a very devoted family man who loved his family with all of his heart. However, his most prized possession was his relationship with his Lord and Savior where he served with all of his soul, mind, and strength. He was a longtime faithful member of the Northside Baptist Church where he had served as Deacon for a number of years. He will forever be remembered for his charismatic and loving personality.

In addition to his parents there awaiting for him at the gates of heaven was his beautiful bride of 76 years, Bertha Alford; siblings, Julia, Juanita, Carson, Frank, Harold, Homer, Lora, Jessie, Pearl, Margie, and Alphus.

It is with great honor Heritage Memorial Funeral Home and Crematory has been entrusted with Mr. Julius Alford’s arrangements.

To send flowers to the family or plant a tree in memory of Julius Alford , please visit Tribute Store
Print
Thursday
9
September