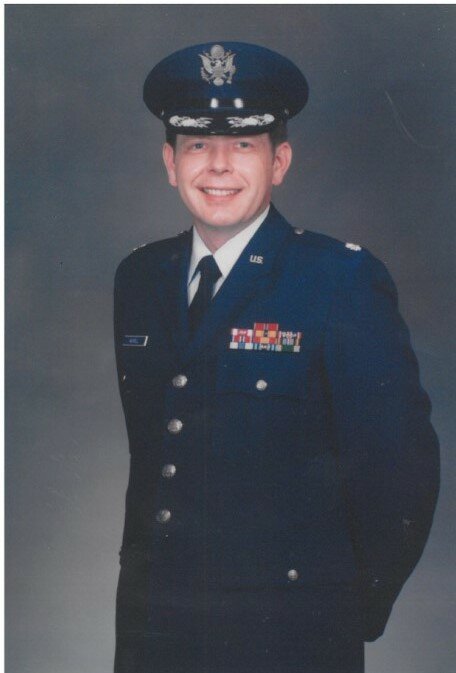 He was formerly of Adair IL and graduated from Macomb Senior High School and Western Illinois University. After graduation, he enlisted in the U. S. Air Force and was later commissioned as an officer. He retired as a Lieutenant Colonel in 1988. During his career, he earned a Masters Degree from the Air Force Institute of Technology. His decorations include the Bronze Star medal.

Lt Col Worrell was preceded in death by his parents, Virgil Worrell and Gertrude Deitrich Worrell, two brothers Charles and Carl, and one sister, Joyce Dorothy.
He is survived by two sisters, Lynn (Lou) Zuck of Punta Gorda FL and Norma (Larry) McAvoy of Ladonia TX, two nephews, Tom (Julie) Dorothy of Broken Arrow OK and Kent (Ruth) Worrell of Warner Robins, one niece, Rene’ (Jason) Eastin of Logandale NV, a grandnephew, Gabriel Worrell to whom he was Grandpa, and special friends, Stephen and Suzanne Lindsey of Warner Robins.

Per his wishes, there will be no visitation or memorial service. Cremation rites have been accorded. Interment in Andersonville National Cemetery will be private.

To send flowers to the family or plant a tree in memory of Gary Worrell, please visit Tribute Store

Share Your Memory of
Gary
Upload Your Memory View All Memories
Be the first to upload a memory!
Share A Memory
Send Flowers