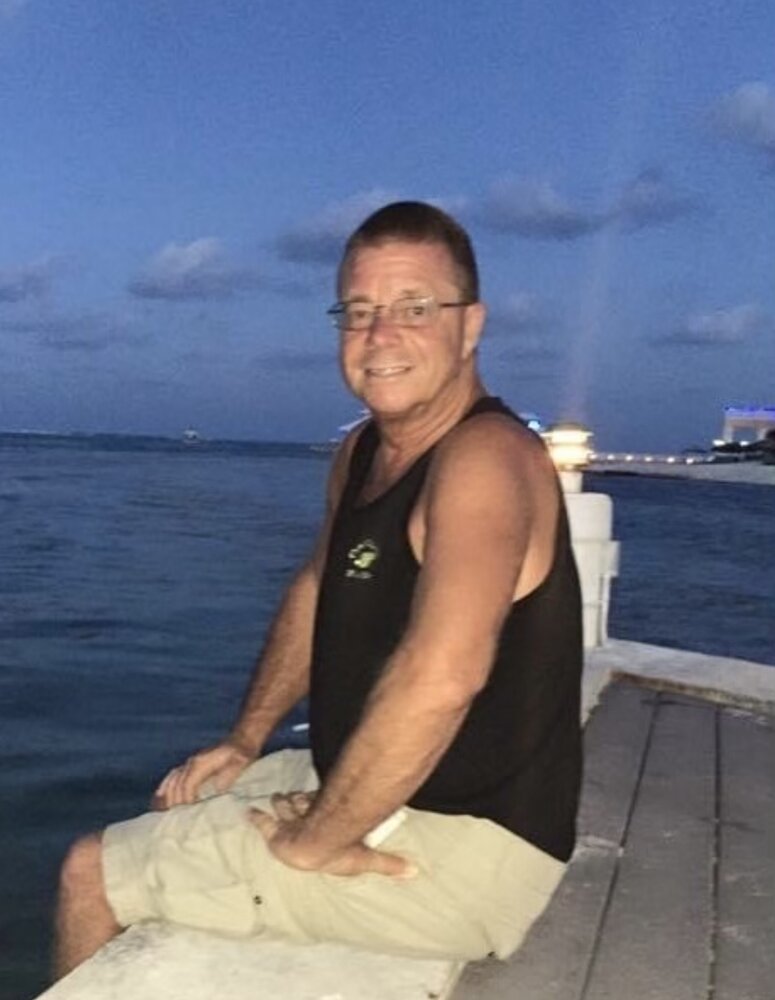 Thomas “Tom” Frederick Thornton Jr., 61, of Fort Valley, Georgia passed away on Friday, January
7, 2022 at 1:05a.m. He passed away at home due to a long battle with cancer. He was surrounded by his wife (Cindy), sister-in-law (Cheri) and brother-in-law (John).

Tom was born in Arizona on November 13, 1960 to Thomas, Sr. and Melba. He grew up with a sister (Nancy) and a brother (Tony). Tom joined the Army Reserves in 1982, served 4 years and did not reenlist. In his 20’s, he met his wife (Cindy). They got married on August 19,1989. A few months after they got married they suffered the loss of a baby boy. In December, 1990 they welcomed a baby girl (Brittany) and just 15 months later they welcomed their last baby, a boy (Thomas III). As a family they enjoyed bowling on the weekends and yearly vacations to the beach. Tom certainly did not disappoint when it came to loving his family. Tom worked a full time job during the day and a part time job in the evenings delivering pizza for Domino’s to pay for his education. He was getting his associates degree in Drafting at Sinclair Community College in Dayton, Ohio. Upon getting his degree, he went to work for Price Brothers in Dayton, Ohio in 1994. Throughout his career with what is now Thompson Pipe Group, he managed to work his way up in the company with only an associates degree. Tom took a promotion that moved him and his family to Arlington, Texas in 2007. In 2016, he accepted another promotion that moved him and Cindy to Beloit, Wisconsin. He went on disability in October, 2021. Tom then moved Cindy to Fort Valley, Georgia so she would be with her family during the difficult time as his cancer got worse and spread again.

Tom passed away due to Stage IV Lung Cancer. Just like he dealt with all experiences in life, Tom managed his illness with strength and grace, and wanted to spend as much time with loved ones as possible; he was still working full time almost until the end of his career. He was diagnosed with lung cancer on his 59th birthday in 2019. The cancer had already spread to his lymph nodes and his brain when the doctors found it. At the end of 2021, 2 weeks before Christmas, Tom wound up in the hospital where doctors found that the cancer spread to his spinal fluid. He did not want to go through anymore treatment for his cancer. Tom was discharged from the hospital where he went home with Hospice Care.

In addition to his wife, Cindy, and his children Brittany (Mike) and Tommy (Casey), Tom is survived by his 3 grandsons (Bentley, Thomas IV, and Nathan); sister, Nancy (Celeste); brother, Tony (Jessica); nieces (Jessica, Samantha, and Addison); nephews (Adam and Connor); and cousins (Ron and Marilyn). Tom is preceded in passing by his parents (Thomas Sr, and Melba).
Per Tom’s wishes a funeral will not be held. A memorial service is scheduled for Saturday, January 22, 2022 from 1pm-3pm at Liberty Church, 1715 Gertie Barrett Rd in Mansfield, Texas 76063. Tom’s daughter will be present to welcome anyone that would like to reflect back on the wonderful 61 years of his life.

To send flowers to the family or plant a tree in memory of Thomas Thornton, Jr., please visit Tribute Store

Share Your Memory of
Thomas
Upload Your Memory View All Memories
Be the first to upload a memory!
Share A Memory
Send Flowers