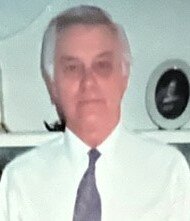 Warner Robins, Georgia - William Tommy Oliver, Sr., 84, went home to be with his personal Lord and Savior on Thursday, February 3, 2022. A Celebration of Life Service honoring the life of William will be held on Monday, February 7, 2022, beginning at 12:00 PM at Heritage Memorial Funeral Home. A visitation with family and friends will be held one hour prior to the service from 11:00 AM - 12:00 PM. Immediately following the services, William will be laid to rest at Glen Haven Memorial Gardens, where military honors will be rendered.

William was born on May 27, 1937, in Johnson County, Georgia to the late Bessie Price and Will Oliver. He developed the importance of hard work and perseverance at an early age. In his younger years, he had to begin helping provide for his family on the family farm until he entered military service in the United States Army, where he proudly served his country. His duty involved maintaining missiles. When the time came for his discharge, he had wanted to continue to serve but instead returned home to Wrightsville, GA due to family responsibilities.

William was a man who loved being surrounded by those he loved and cherished. He was a very devoted Atlanta Braves fan, who had made countless trips to both Fulton County Stadium as well as Turner Field to cheer on the Braves. He also enjoyed watching football and could oftentimes be found cheering on his family’s favorite teams: the Georgia Bulldogs, the Georgia Tech Yellow Jackets, and the Florida Gators. While he cheered for them all, he never provided insight on which team he truly desired to win leading him to his title as the "peacekeeper" in the household. While William never played the game of golf.  In his recent years, he found great pleasure watching many tournaments on the Golf Channel and following the game closely.

William was a man of integrity who found the good in all people. He was a very selfless man, who would always help others in a time of need and lend a helping hand. He had faithfully worked at Armstrong for 45 years, where he obtained a wealth of knowledge in all areas of maintenance. While he was always willing to help others and share his knowledge, he was always the "Boss" and his way was always the best way.

While he had accomplished many different things in life and loved countless people, nothing compared to the love he had for his personal Lord and Savior. William was a devoted member of Mikado Baptist Church, where he was a member of the Jehovah-Jireh Sunday school class. William followed and “loved the Lord his God with all of his heart, soul, mind, and strength” as Matthew 22:37 commands.

In addition to his parents, there waiting for him at the gates of heaven with open arms is his sister, Ann Tanton.

The family would like to express heartfelt appreciation and gratitude to Crystal Zunino of Encompass Health Hospice and the staff of The Phoenix at Lake Joy Memory Care Facility for their compassionate care of William over the last few months of his life.

The family also respectfully asks that in lieu of flowers donations be made to the Alzheimer's Association, 41 Perimeter Center E #550, Atlanta, GA 30346.

It is with great honor Heritage Memorial Funeral Home and Crematory has been entrusted with William Tommy Oliver, Sr.'s arrangements.

To send flowers to the family or plant a tree in memory of William Oliver, Sr. , please visit Tribute Store
Monday
7
February

Share Your Memory of
William
Upload Your Memory View All Memories
Be the first to upload a memory!
Share A Memory
Send Flowers