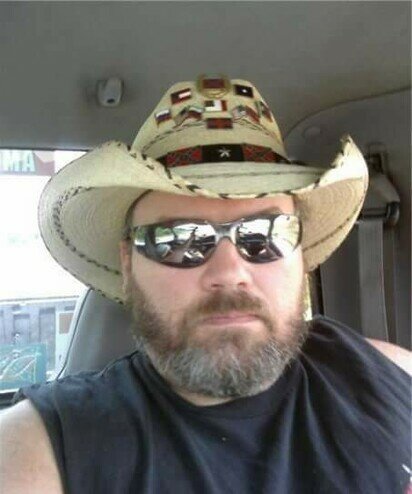 Mark was born in Warner Robins, GA to Dewey Brookins and Emyleen Boling on February 28, 1968. Mark served in the United States Army for several years. After the military, Mark became a truck driver and traveled all over the United States. Mark had numerous hobbies which included: coin collecting, learning new languages (Spanish and Russian), old model cars (Dodge Charger, General Lee model),  and world and confederate history. He also enjoyed traveling to Mexico to visit his friends, learning about the Stock Market, Fox News, Marvel movies, and Battlestar Galactica.  Mark was a member of the Sons of Confederate Veterans of Georgia. He was a loving son, father, brother, and dear friend who will be deeply missed.

Mark is survived by his parents, Dewey Brookins and Emyleen Boling; daughter, Stacy Brookins; brothers, Michael Brookins, and Steve Brookins, and a host of extended friends and family.

To send flowers to the family or plant a tree in memory of Dewey Brookins, please visit Tribute Store
Sunday
13
February

If you would like to watch the service live, please go to Heritage Memorial Funeral Homes Facebook page under events.

Share Your Memory of
Dewey
Upload Your Memory View All Memories
Be the first to upload a memory!
Share A Memory
Send Flowers