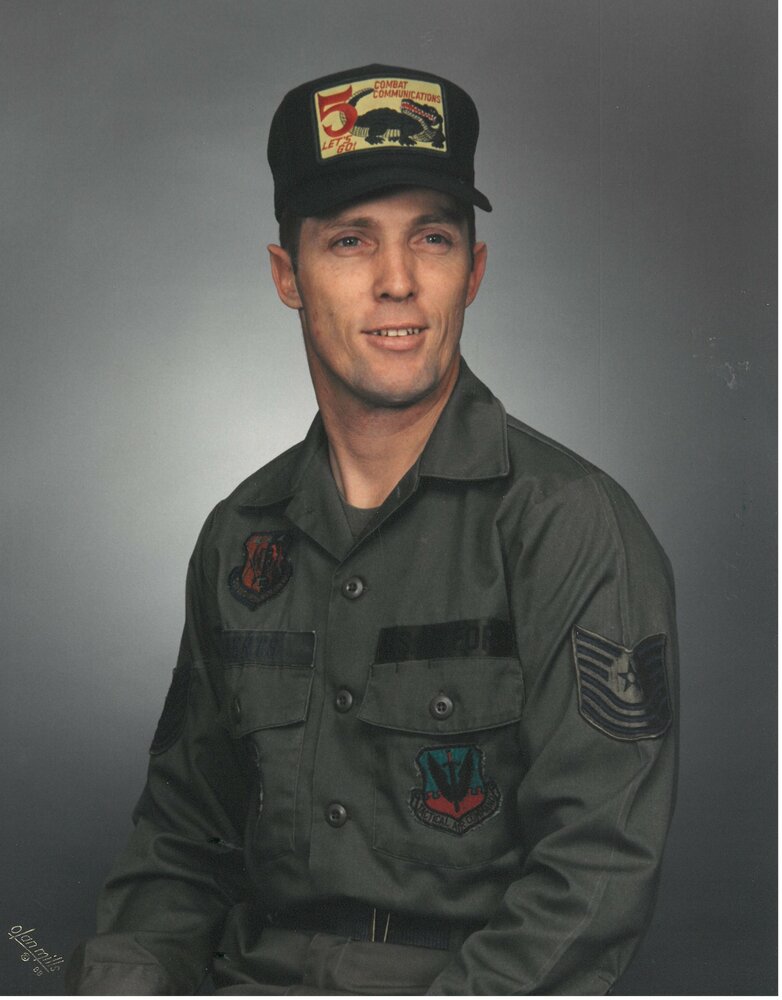 Harold E. Roberts, Jr. (Skip), age 74 went to be with his Heavenly Father, February 26, 2022 after being stricken with covid. A graveside service will be held Friday, March 4, 2022 at Andersonville National Cemetery at 12:00 PM with Pastors David Miller and Harold Hatten officiating.  Heritage Memorial Funeral Home, is in charge of arrangements and a visitation will be held at Heritage Thursday evening, March 3rd, between 6:00 and 8:00 PM.

In 1965 Skip graduated high school and started to work at General Electric. Eight months later he enlisted in the United States Air Force. He had a 22 and a half year career which included duty assignments to Lackland AFB, Lowery AFB, Richards-Gebaur AFB, Tan Son Nhut AB, Saigon, Republic of Vietnam. After the Vietnam tour he was assigned to Shaw AFB where he met and married his beloved wife, Sherrill Pate, May 1,1970. After three months together and a short TDY to Denver, CO, he went to Korat RTAFB in Thailand and during his tour there his first son, Harold Roberts, III (Rob), was born. After a year in Thailand the family was reunited and moved to Cheyenne, WY.  In Cheyenne a second son, Christopher was born. Next assignment to S.H.A.P.E. Headquarters in Belgium lasted three years. Next it was back to the states to Wright Patterson AFB, Dayton, Ohio. Then he got his base of choice, Shaw AFB, Sumter, SC.  While his family stayed in Sumter he went unaccompanied to Keflavik Navel Air Station in Iceland, then Robins AFB, Warner Robins, GA where he retired from military service on July 31, 1988. He was very proud of his military career and he loved his country and the flag of The United States of America.

Skip temporarily worked for Anchor Glass Company before becoming eligible to join the Civil Service. He began his Civil Service career as a GS-07 Computer Operator and when he retired on December 17, 2009 he had achieved a position of GS-11, IT Specialist.

Skip loved sports. He has been known to swing at a golf ball so hard that he's just about put a shoulder out of joint. He was very competitive and could tick off scores and statistics for football teams or players as well as any other sport. The following is a quote from the Lackland AFB, San Antonio base newspaper, October 1967 write-up about a 25 mile marathon. Quote,  "One of the contestants, Harold Roberts, of Headquarters, Lackland Military Training Center, ran his 5 miles in something  around 28 minutes. Now this time won't win any Olympic medals, but it averages out to be about 5 1/2 minutes per mile, and for a long distance such as this, is a pretty respectable mark." Unquote.

It is with great honor Heritage Memorial Funeral Home and Crematory has been entrusted with the arrangements.

To send flowers to the family or plant a tree in memory of Harold Roberts, Jr. , please visit Tribute Store
Thursday
3
March

Share Your Memory of
Harold
Upload Your Memory View All Memories
Be the first to upload a memory!
Share A Memory
Send Flowers