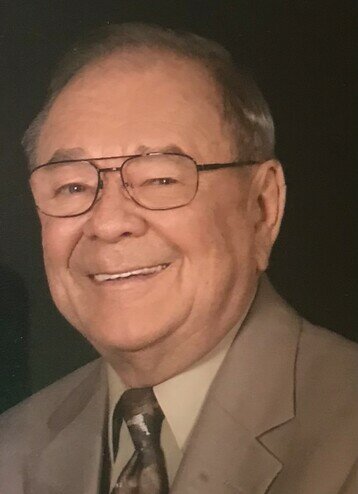 Centerville, Georgia - Harlow "Pete"  Richard Austin, went home to be with his personal Lord and Savior on March 14, 2022 at Houston Medical Center surrounded by his beloved family. A visitation with family and friends will be held on Friday, March 18, 2022 from 1:00PM to 2:00PM. A Funeral Service honoring the life of Pete will be held on Friday, at 2:00PM at Heritage Memorial Funeral Home. Immediately following the services Pete will be laid to rest at Magnolia Park Cemetery with Military Honors rendered.

Pete was born on October 9, 1936 in Berkshire, Vermont to the late Josephine Thrilby Erno and Raymond Wright Austin. Pete loved to serve and he did so proudly by serving his nation in the United States Air Force for 20 Years. Upon his retirement, Pete felt the need to continue his acts of service as a civilian and then began his career at Robins Air Force Base. While Pete was a hard-working man he was a loving family man as well.

For many years he drove his beloved family on countless camping trips in the world-famous tent prior to upgrading to the camper. On the camping trips the family would adventure across countless National and State Parks. Pete would take his family along to many different bodies of water and fish for their dinner. He continued these traditions in nature with his beloved grandchildren by teaching Michael the importance of fishing and showing Brandy and Lee how to feed and care for Bossy, the family cow.

Pete possessed a true love for animals and the joy they brought him each day. Often times he could be found in the outdoors admiring the beauty of the Lord's canvas. While Pete had accomplished many things in his life none compared to the title as; husband, dad, grandpa, papa, brother, and friend. Yet while he was so many things he was a follower of his personal Lord and Savior, Jesus Christ; foremost which showed in his daily walk through loving his Lord with all of his soul, mind, and strength.

In addition to his parents, there awaiting for him at the gates of heaven is his beloved brother, James "Jim" Raymond Austin; sister, Darlene Mary Fuster.

To send flowers to the family or plant a tree in memory of Harlow Austin , please visit Tribute Store
Friday
18
March

Share Your Memory of
Harlow
Upload Your Memory View All Memories
Be the first to upload a memory!
Share A Memory
Send Flowers