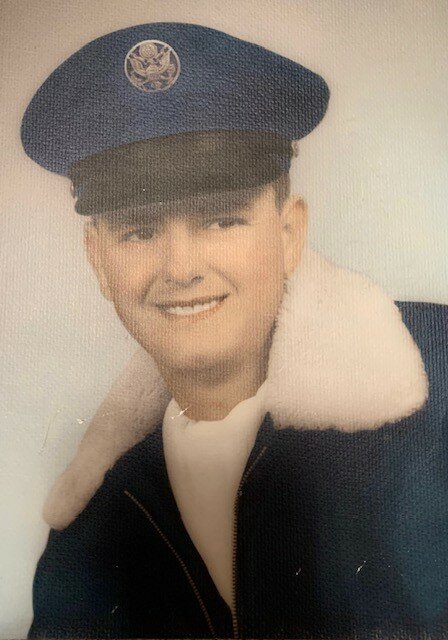 Warner Robins, Georgia – USAF (Ret.) MSgt. Douglas Webster Jones, 79, went home to be with his personal Lord and Savior while surrounded by those he loved on Monday, April 11, 2022. A Funeral Service honoring the life of Douglas will be held on Thursday, April 14, 2022 at 2:00PM at Heritage Memorial Funeral Home. A visitation with family and friends will be held one hour prior to the service from 1:00PM to 2:00PM at Heritage Memorial Funeral Home. Immediately following the services Douglas will be laid to rest beside his beloved spouse Gaile Dugger Jones with full military honors being rendered at Magnolia Park Cemetery.

Douglas was born on November 23, 1942 in Savannah, Georgia to the late Amos Jones and Eugenia Brown. Douglas was a very selfless man who carried himself with much pride and service. In doing so, he faithfully served his country as a Master Sargent in the United States Air Force for 25 faithful years. Upon his retirement from the Air Force, Douglas continued to serve his country as a civilian at Robins Air Force Base where he dedicated many years of service.

When Douglas was not working he could often times be found with his friends on a body of water with a fishing line casted out waiting for a beautiful fish to bite on the other end. Douglas also loved being surrounded by those he cherished and cooking his world famous fajitas, which would later turn into their families annual Christmas dinner. He was a very gentle individual who always thought of others in their time of need and would lend a helping hand. Douglas was very mechanically inclined and could often times fix any thing that had broken which had caused him to land his title “the family handyman”. He was also a devoted grandfather who cherished his grandchildren and supported them in all in they did and accomplished.

While Douglas had obtained many titles and completed countless tasks in life, none compared to the love he had for his Lord and Savior, Jesus Christ. Douglas had loved his neighbor as himself through countless acts of selflessness and grace. He truly understood the meaning of Mark 12:31 and loved by this each day by lending a helping hand.

In addition to his parents there awaiting for him at the gates of heaven is his beloved bride, Gaile Dugger Jones; siblings, David, Donna, Gaylord, and Beverly; niece, April Whitehurst.

The family respectfully asks that in lieu of flowers that donations be made in Douglas Jones’ honor to St. Jude Research Hospital, 262 Danny Thomas Pl, Memphis, TN 38105.

It is with great honor Heritage Memorial Funeral Home and Crematory has been entrusted with USAF (Ret.) MSgt. Douglas Jones’ arrangements.

Share Your Memory of
USAF (Ret.) MSgt. Douglas
Upload Your Memory View All Memories
Be the first to upload a memory!
Share A Memory
Send Flowers