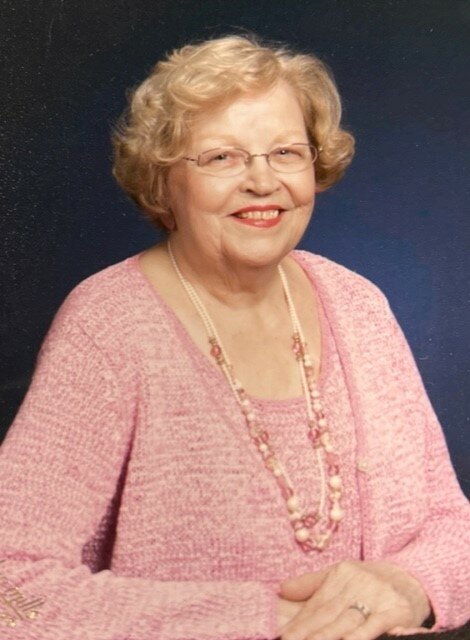 Warner Robins, Georgia – Lynelle Cone Vandiver went home to be with her lord and savior, Jesus Christ on Tuesday, April 12, 2022. A Graveside service honoring the life of Lynelle will be held on Monday, April 18, 2022 at 2:00PM at the Parkway Memorial Gardens Mausoleum.

Lynelle was born in Thomasville, Georgia on February 18, 1933 to the late Henry Norman Cone, and Susie Emma Hutchinson Cone. Lynelle was raised in Quitman, Georgia and graduated from Quitman High School with honors, in 1951. Upon graduation, she worked as a telephone operator with Southern Bell in Valdosta, Georgia. In October of 1952 she married her loving high school sweetheart, Herschel H. Vandiver, Jr., in Quitman, Georgia. She then moved to Pacific Bell in San Jose, California to be with her husband who was serving in the United States Navy at the time. They both then moved in 1954 to Pensacola, Florida where she obtained a job in the business office at Southern Bell.

In 1956, the couple then moved yet again to Gainesville, Florida for her husband to attend the University of Florida. While he was going to school, the couple lived on campus and to increase their income, Lynelle began to babysit and type papers for other students. In 1959, both Lynelle and her husband decided to move to Hampton, Virginia where they would reside for three years before moving to Warner Robins, Georgia where they would begin to raise their family.

After the family’s children completed school, Lynelle worked at a local woman’s clothing store for 15 years. During her tenure, she had demonstrated her skills by decorating the store and selling countless items and eventually landing a promotion as the assistant manager. While living in Warner Robins, Lynelle became a member of Trinity United Methodist Church in 1963. Lynelle was a member of the Asbury Sunday School Class for a numerous of years. In her younger years, she was also very involved with the church youth group where she had assisted with conducting countless youth programs. Lynelle also served on countless church committees and served in the Food Pantry for 15 faithful years each Wednesday. Lynelle also served on the board of NAMI of Central Georgia for 18 years where she had dedicated countless hours of service until she had to resign due to her declining health. Through her acts of service and selflessness it was evident she loved the Lord her God with all her heart, soul, and mind as Matthew 22:37 commands us all.

In addition to her parents there, awaiting for Lynelle at the gates of heaven is her beloved siblings, Zadie Hampton; Ralph, Thomas, Leslie, Kenneth, and Gordon “Sonny”.

It is with great honor Heritage Memorial Funeral Home has been entrusted with Mrs. Lynelle Vandiver’s arrangements.

To send flowers to the family or plant a tree in memory of Lynelle Vandiver , please visit Tribute Store
Monday
18
April

Share Your Memory of
Lynelle
Upload Your Memory View All Memories
Be the first to upload a memory!
Share A Memory
Send Flowers