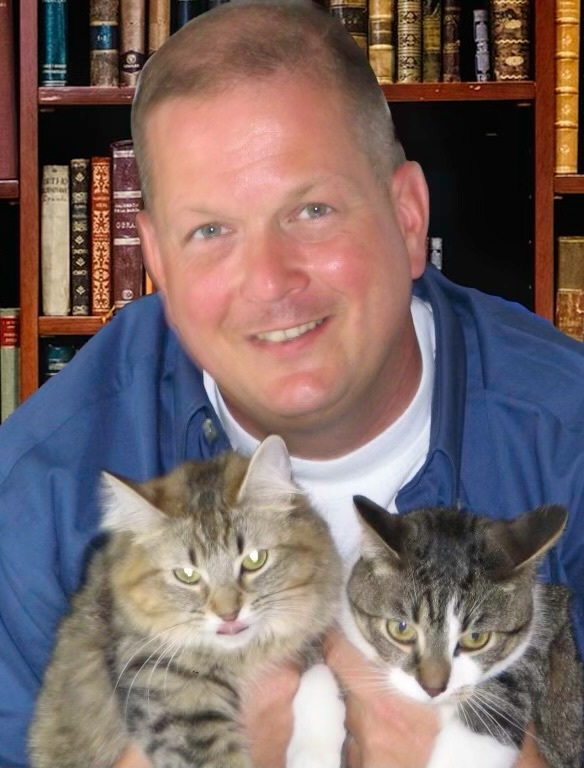 TALLADEGA, AL- Lt Col Randolph Lee Winge, USAF (Ret.) passed away peacefully at his home on Sunday, April 24, 2022. A memorial service is scheduled for Saturday, May 28, 11:00am in the chapel of Heritage Memorial Funeral Home & Crematory in Warner Robins, Georgia. The service will be live streamed at www.heritagemfh.com under his obituary page. Reverend Jeff Cook will officiate.
Randy was born May 8, 1969, in Orlando, Florida to Lt Col Russ Winge and the late Pamela Winge. He was a 1987 graduate of Maconaquah high school, Indiana. He graduated from the University of Florida and was commissioned as an Air Force 2nd Lieutenant.  Highlights of his career include ejecting from an F-111 on his second flight.  Over 20 years of his Air Force career were assignments outside the Air Force including the Navy, Canadian Armed Forces, AFRICOM, CENTCOM and NATO. His family knew him as “Randy”, but many knew Randy better by his call sign “Troll”, which he earned during his time flying with the Navy . He retired from the United States Air Force after serving twenty-seven and a half years.
Randy was preceded in death by his mother, Pamela S. Winge, and survived by his father, Gaylord “Russ” Winge of Centerville; brother, Gaylord “Rusty” Winge, III  of Centerville; sister, Tami Winge of Centerville; nephew, Steven Moore of Atlanta; and his former wife, Angel Rose of Seattle. Randy was a loving Son, Brother, Husband, and Uncle and will be missed by everyone who knew him.
Please sign the online guest registry at www.heritagemfh.aom and leave a personal condolence.
Heritage Memorial Funeral and Crematory is in charge of the arrangements.

To send flowers to the family or plant a tree in memory of Lt. Col. Randolph Winge, USAF (Ret.), please visit Tribute Store
Saturday
28
May

Share Your Memory of
Lt. Col. Randolph
Upload Your Memory View All Memories
Be the first to upload a memory!
Share A Memory
Send Flowers