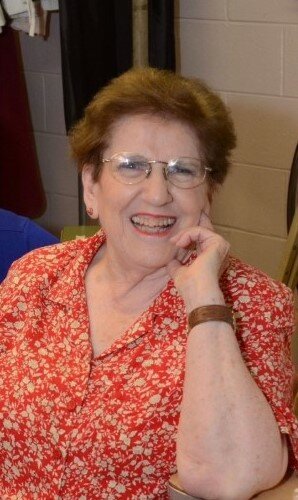 Marlys McMeans, a self-taught seamstress and a mainstay of Northside’s drama department, passed away unexpectedly on August 11, one day before her 92nd birthday. A celebration of her life will be held at All Saints' Episcopal Church, August 20, 2022 at 2:00 PM with the Reverend Bonnie Underwood officiating. In lieu of flowers, the family respectfully asks that donations be made to Northside High School Drama Department, 926 Green St, Warner Robins, GA 31093.

A long-time resident of Warner Robins, Marlys was born in Knoxville, Iowa, on August 12, 1930. Marlys was preceded in death by her parents Tom and Nellie Riley Young, her brother Jennings “Chic” Young, and her daughter, Molly McMeans Griffith.

Marlys attended the University of Iowa for two years where she met the love of her life, Jack McMeans. They wed shortly after in 1951. In their travels through many states, Marlys was always involved with young people and served as a volunteer in many communities. While in Mississippi, Marlys organized a Girl Scout troop for disadvantaged girls. She continued her involvement with Girl Scouts and Campfire Girls through her own children and grandchildren. The Episcopal Church was also a focus for her community involvement. She served on diocese boards in Arizona and Georgia and sewed and repaired vestments for All Saints Episcopal Church of Warner Robins. She continued to be active at All Saints where she and Jack have been members for many years.

In the 1980s, Marlys became a substitute teacher at Northside High School. There she met Ray Horne and as soon as he knew she could sew, her involvement with Northside drama and Thespian Troupe 2892 began. Marlys spent more than 40 years sewing and designing costumes for Northside’s many one-act plays and spring musical, winning recognition for best costumes on several occasions. For all her contributions, she was inducted into the Northside High School Hall of Fame. “My greatest achievement at Northside occurs when I make a costume or fit a hat or design a specialty piece that instills confidence in a student when he or she walks on stage!”

If a daughter or granddaughter needed a designer-look dress for a military ball or a wedding, all Marlys required was a bolt of fabric and a picture. The resulting dress would be indistinguishable from the original!

Left to cherish her memory are her husband of 71 years, Jack McMeans, her son Michael McMeans of Phoenix, Arizona, her daughter Patricia “Puddy” McMeans Blundon (Bob) of Arlington, Virginia, six grandchildren and 6 great-grandchildren and several nieces and nephews.

To send flowers to the family or plant a tree in memory of Marlys McMeans, please visit Tribute Store
Saturday
20
August

Celebration of her life

Share Your Memory of
Marlys
Upload Your Memory View All Memories
Be the first to upload a memory!
Share A Memory
Send Flowers