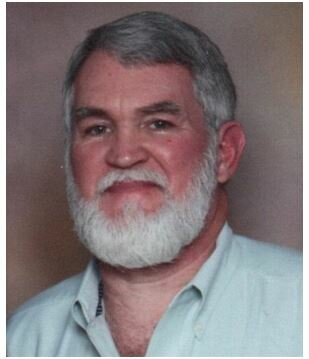 Homer Braswell “Brad” McDaniel, Jr., 65 of Warner Robins, Georgia passed peacefully from this world to his heavenly home on August 7, 2022 in Jacksonville, Fl. Brad was born on May 3, 1957 in Newport News, Va. to Homer B. McDaniel, Sr. and Hettie Louise (Scott) McDaniel.

Brad spent many years in the construction industry as well as a successful career as a commercial truck driver. He was a man of few words and many anonymous charitable acts.

He was a beloved son, brother, uncle and friend to many. He is survived by his mother, Hettie Louise (Scott) Feeley of Warner Robins, Ga., sister, Pamela McDaniel Hudgens (David) of Jacksonville, Fl., loving nieces, Kristi Hudgens of Jacksonville, FL. and Angie Hudgens of Ashville, NC., as well as extended family. He was preceded in death by his father, Homer B. McDaniel, Sr.

Brad enjoyed the simple things that life had to offer. He loved family, animals, camping, fishing, gardening, cooking, dancing, and listening to country music (with the occasional Rock and Roll Legend playing). He had a compassionate and caring heart, always making sure his mother, sister, family and friends were cared for. He will be missed by all.

He was a Christian man, who along with his sister, accepted Christ into his heart at 13 years of age one Sunday at Vineville Baptist Church in Macon, Georgia. Brad attended many other churches and devoted time to church groups throughout his life.

In lieu of flowers, memorial contributions in Brad’s name may be made to Community Hospice Hadlow Center, Jacksonville, Fl. or the American Cancer Society

When someone you love becomes a memory…that memory becomes treasure

To send flowers to the family or plant a tree in memory of Homer Braswell McDaniel Jr, please visit Tribute Store
Saturday
27
August

Celebration of his life

Share Your Memory of
Homer Braswell
Upload Your Memory View All Memories
Be the first to upload a memory!
Share A Memory
Send Flowers