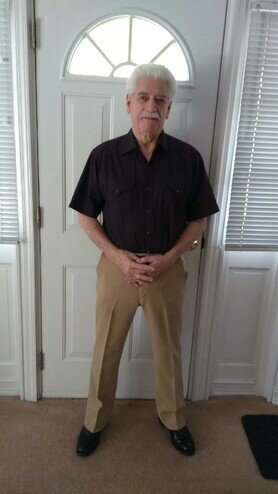 Chuck was born in Clinton, Indiana to the late Leona and Charles Allen Jordan, Sr.. In addition to his parents, Chuck is preceded in death by his daughter, Suzette Jordan Cadwell; siblings, Trudy Thompson and Beverly Carty.
Chuck was a proud and honorable man who severed his country in the United States Navy. After the military, he continued to serve his country at Robins Air Force Base as civil service. Chuck committed himself to serve his Lord and Savior throughout his life. He and his wife, Clara, shared Gods word with their beloved family and friends during their 61 years of marriage together. Chuck enjoyed being outside and found peace in Gods beautiful creations. He was often found working and surveilling on his homeland.

Celebration of his life

Share Your Memory of
Charles "Chuck" Allen
Upload Your Memory View All Memories
Be the first to upload a memory!
Share A Memory
Send Flowers