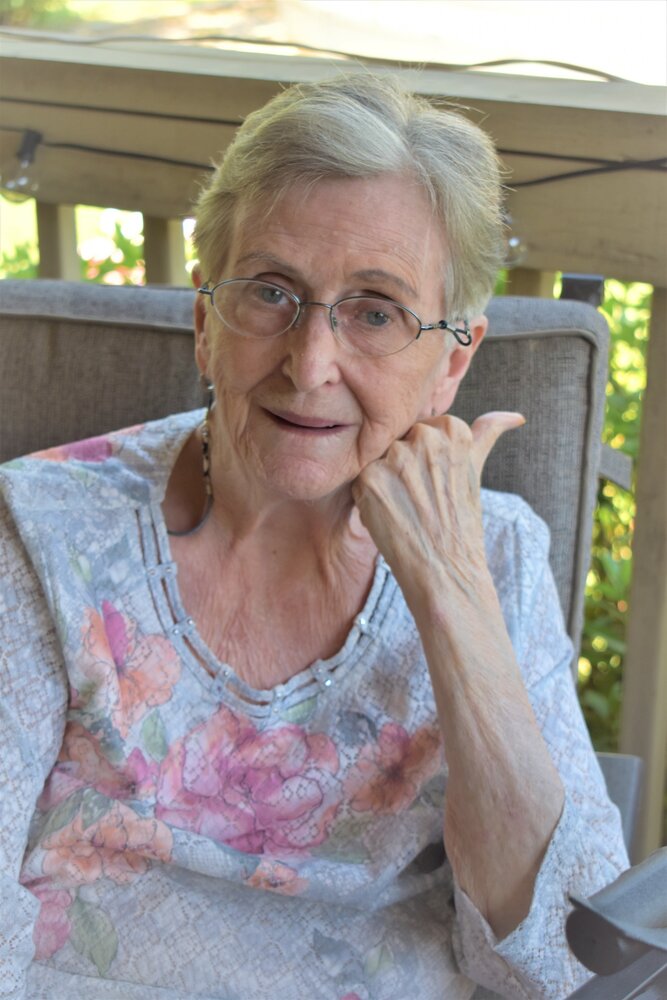 Lynelle went home to be with her personal Lord and Savior while surrounded by those she loved on Thursday, December 22, 2022. A Visitation with family and friends will be held on Tuesday, December 27, 2022 from 10:00AM to 11:00AM at Heritage Memorial Funeral Home. A Funeral service honoring the life of Lynelle will be held immediately following the visitation beginning at 11:00AM in the chapel of Heritage Memorial Funeral Home. Following the service, Lynelle will be laid to rest beside her husband of 69 years, Dewey Clay Meadows, at Parkway Memorial Gardens.

Lynelle was born on March 24, 1936 in Macon, Georgia to the late Paul Matthew and Julia Johnson. She served as the book keeper for over thirty years at Tabor Junior High School. Upon her retirement, Lynelle began to travel with her beloved husband. The two traveled to forty eight of the fifty states as well as to Europe. Lynelle was a devoted mother, grandmother, and great-grandmother who loved being surrounded by those she loved and cherished, reminiscing on old memories.

Lynelle was a very devoted Christian who served the Lord her God with all of her soul, mind, and strength. She was a faithful member of the Warner Robins Church of Christ where she had served in the food bank ministry and bear ministry. Through out the years, Lynelle sewed thousands of bears which would comfort children at Houston Medical Center when they were ill. She also developed countless friendships through the food bank which later lasted a life time. While Lynelle is no longer with us, we know her heart and legacy for service lives on through the ones she mentored over the years.

In addition to her parents, there awaiting for Lynelle at the gates of heaven is her beloved step father who raised her from the time she was 18 months old, Henry F. Walker; husband, Dewey Clay Meadows and two of her great-grandchildren: Ava Vargas, and Skylar Meadows.

It is with great honor Heritage Memorial Funeral Home and Crematory has been entrusted with Mrs. Lynelle Meadows’ arrangements.

To send flowers to the family or plant a tree in memory of Lynelle Meadows, please visit Tribute Store
Print
Tuesday
27
December