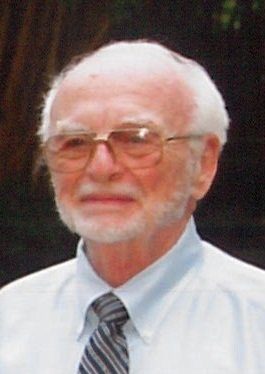 Warner Robins, GA- Eugene John Doyle, 87, passed away on Friday, July, 19, 2019. A Funeral Service will be held at 3:00PM on Tuesday, July 23, 2019 in Heritage Memorial Funeral Home Chapel.  Immediately following the service he will be laid to rest in Magnolia Park Cemetery. Visitation will be held on Monday, July 22, 2019 from 5:00PM to 7:00PM. Pastor Randall Nash will officiate.

Gene was born on March 26, 1932, in Chicago, Illinois, to the late Al May and Marguerite Saindon and was then adopted by John Doyle after marrying his mother Marguerite.  He served his country proudly in the United States Air Force for 4 years. During his enlistment he served in the Korean War and was a POW for 13 months. He was a longtime volunteer at the Museum of Aviation at Robins Air Force Base. Gene was also a long time member of the Warner Robins Touchdown Club and the Scottish Rite in Macon. Gene loved his family and their annual trips to Pensacola Beach. He was a loving husband, father, grandfather, great grandfather and will be missed by all who knew him.

Along with his parents, he is preceded in death by his son, Michael Doyle.

Flowers are accepted and Memorials may be given to the Museum of Aviation, P.O. Box 2469 Warner Robins, GA 31098.