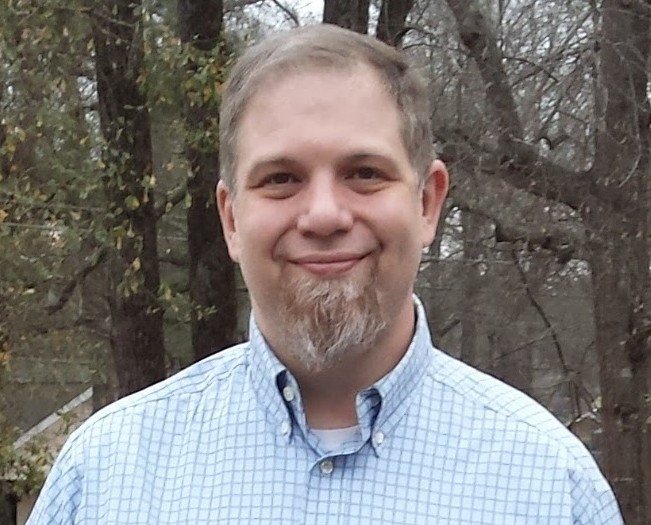 Macon, Georgia – Eric Brandon Arnold, 46 went to be with his Lord and Savior on Thursday, January 21, 2021 after his courageous battle against COVID-19 and several other health issues. A graveside service to honor his life will be held on Saturday May the 22nd at 11:00 am at Macon Memorial Park.

Eric was born on December 24, 1974 in Macon, Georgia to the late Vance Arnold and Susan Mote Reich. Eric was a simple man who lived life to the fullest and it showed in every conversation you had with him. He was a very compassionate man who would often help any one out in a time of need to just show he simply cared. He was an IT specialist for GEICO in Macon, Georgia for many years where he developed a true passion for computers. However, his most prized possessions was his family and his two beloved daughters that he loved with every ounce of his heart. A day would never go by without him telling his wife and daughters that he loved them. He will forever be remembered for his contagious smile that was often accompanied by his charismatic personality.

In addition to his parents there awaiting for him at the gates of heaven was his beloved grandparents Goldie Mote, Alma Arnold, and DC Arnold; His brother-in-law Brent Hitchcock and his niece Kendall Hitchcock

In lieu of flowers donations can be made to Mount de Sales Academy for Caitlyn and McKenna Arnold's tuition fund.

It is with great honor Heritage Memorial Funeral Home has been entrusted with Eric Arnold’s arrangements.

To send flowers to the family or plant a tree in memory of Eric Arnold , please visit Tribute Store
Print
Saturday
22
May