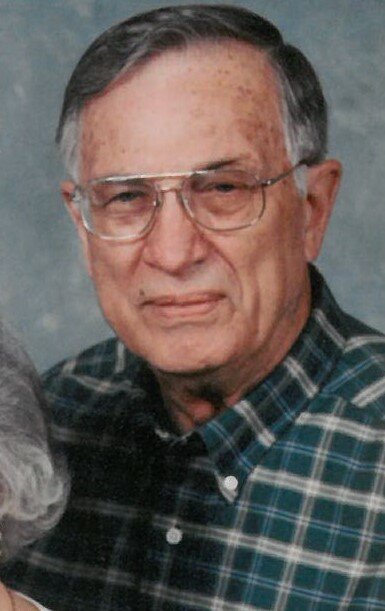 Byron, Georgia - Jack L. Stewart, Sr. 88, went to be with his Lord and Savior on Friday, January 28, 2022. A Graveside service honoring his life will be held Monday, January 31, 2022 at 11:00AM at Parkway Memorial Gardens. Pastor Gary Morton will be officiating the service. The friends may greet the family, Sunday, January 30, 2022 at Heritage Memorial Funeral Home between 4:00 PM  until 6:00 PM. In lieu of flowers, the family asks that donations be made to Second Baptist Church Helping Hands Ministry, 2504 Moody Rd, Warner Robins, GA 31088.

Jack was born on April 7, 1933 in Dublin, Georgia to Carson and Ivalee (Warnock) Stewart. Jack married June Bland in 1952 in Dublin, GA and were happily married for 631/2 years. Before June’s passing they enjoyed traveling especially to Gatlinburg, TN and Jekyll Island, GA. Jack was a devoted Christian who served his Lord and Savior. He was a long time member of Second Baptist Church of Warner Robins, where he served as a Sunday School Teacher for 45 years, was a Deacon and an Usher. At the time of his home going he was a member of the Senior Men’s Class. Jack was an avid sports fan of the Georgia Bulldogs, Atlanta Braves, and Atlanta Falcons. Jack proudly served 27 years in the United States Air Force/United States Air Force Reserves attaining the rank of Senior Master Sargent. Serving in a Civilian capacity Jack retired from Robins Air Force Base after 321/2 years.

There awaiting him at the gates of heaven is his beloved mother, Ivalee (Warnock) Stewart; father Carson Stewart; wife, June Stewart; and sons, Baby boy Stewart and David Carl Stewart.

It is with great honor Heritage Memorial Funeral Home has been entrusted with Mr. Jack Stewart’s arrangements.

To send flowers to the family or plant a tree in memory of Jack Stewart, please visit Tribute Store
Sunday
30
January

In lieu of flowers:

Share Your Memory of
Jack
Upload Your Memory View All Memories
Be the first to upload a memory!
Share A Memory
Send Flowers