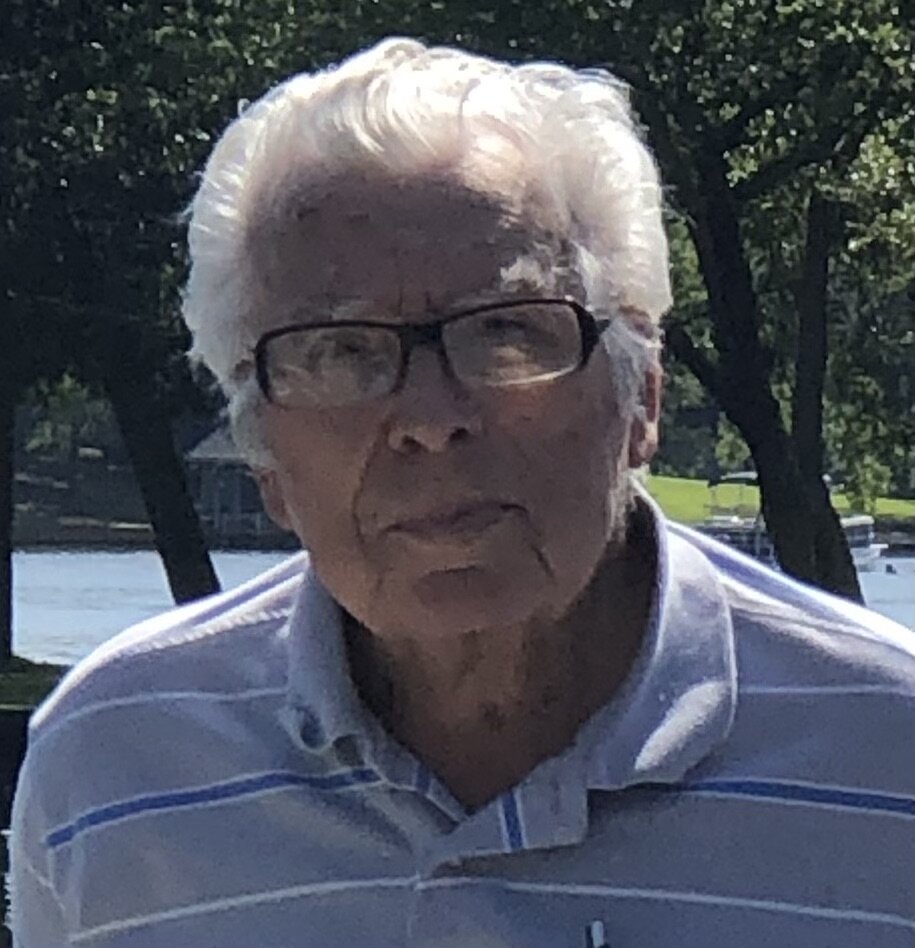 Earl Parks Bass, age 95, passed away at his home in Milledgeville, Georgia on September 20, 2022.
Earl was preceded in death by his loving wife of 68 years, Dorothy Pearce Bass, his sisters Martha Ann Ward (Cecil), Elsie Carver (Chuck), and his brother, Edward Dothan Bass (Sue). He is survived by his two sons, Jeffrey S. Bass and Kevin R. Bass (Elizabeth), one daughter, Janet Bass Dees (Gary), 5 grandchildren, Lindsey Bass, Evan Bass, Cameron Bass, Jared Dees, Jena Dees Newman (Alex), and one great granddaughter, Sophia Newman.  Earl was the oldest child of Early Bass and Katie Priscilla Fennell Bass.  He was the grandson of Thomas Franklin Fennell and Franklin Walker Bass.
Following two years of service in the US Army Signal Corps where he served as a Radio Repairman in the European theatre, he took a job in 1947 at Robins Air Force Base as an Electronic Equipment Repairer. On 11 Dec 1949, after a year long courtship, he married Dorothy Louise Pearce from Gadsden, AL.  He was recalled to active duty in 1950 during the Korean War where he served in the Signal Corps as Chief of a radio relay team providing communications between the forward fighting forces and the rear echelons.
Earl returned to Robins Air Force Base in late 1951 where he continued to serve in a wide variety of jobs. He moved his family to Green Street in Warner Robins in 1955.  He made a major move in 1959 when he left the Maintenance Directorate and took a position in the newly established Directorate of Material Management function that had just been decentralized to the five ALC’s.  In 1974 he was chosen to head up a logistics management team in Viet Nam, where USAF advisory personnel were situated following the pull-out of our military from active combat.  He remained there until the fall of Saigon in April of 1975 when he returned to Robins Air Force Base as a Technical Services Branch Chief.  Soon afterwards, he was reassigned as Logistics Management Branch Chief in the newly established Electronic Warfare Management Division.  He remained in that Division until he retired in 1982 as a Supervisory Electronics Engineer and took a job with the Northrop Corp as a Program Manager.  He retired from that job in 1992 and began full time actively managing rental property he acquired over the years.  Earl’s favorite hobby was designing and building furniture and a myriad of other items for friends and family.
Heritage Funeral Home will oversee the arrangements. Funeral Services will be private.  The family requests your thoughts and prayers in lieu of flowers.

To send flowers to the family or plant a tree in memory of Earl Bass, please visit Tribute Store

Share Your Memory of
Earl
Upload Your Memory View All Memories
Be the first to upload a memory!
Share A Memory
Send Flowers